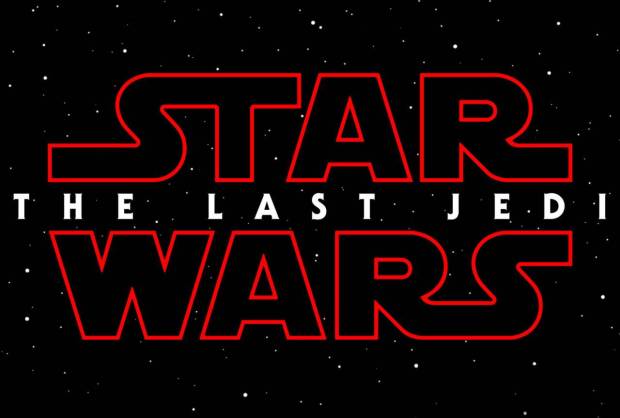 Yeah, I like it. Not too much else to be said at this point (Lucasfilm’s approach to hyping these things seems to be minimizing the potential for speculation so that the fanboys don’t cook up too many theories that the film can’t “live up to”) but it’s a good title that carries with it a certain amount of mystery i.e. who/what “The Last Jedi” actually refers to.

My off-the-cuff guess? They want you think “Oh, it’s Rey,” but it’ll be Luke. Rey will learn to use The Force and do “Jedi stuff,” but given that the previous Jedi Order utterly failed to see Sidious, Anakin or their own betrayal/demise coming and that Luke’s attempt to build a new one failed to prevent (and maybe helped create) Kylo Ren; she pointedly won’t become a Jedi (her own idea? Luke insistence? Both?) and part of the story going forward will become the mandate for this new generation of characters to create a new paradigm for using/following The Force to do good in the same way that Snoke and the Knights of Ren are Dark Side Force-users but not Sith and The First Order isn’t precisely The Empire.

Not sure what it’d look like (or if Disney/Lucasfilm would be willing to put even a “soft limit” of future use of a marketable trademark as good as “Jedi”) but that’d be interesting, wouldn’t it? A Lutheran Reformation (or Vatican II) but for Jedi-ism? Or maybe Rey’s angle would be more about making Force-use a more inclusive, less elitist/monklike/cult-y thing… maybe even a backdoor way toward retconning/disavowing Midichlorians i.e. is it really only a special few who can use The Force?

Dunno. Something to think about. We’ll all find out in a few months, if not sooner.