Do you really have to ask?

“Intermission” looks back at the earlier Freddy movies: http://www.escapistmagazine.com/articles/view/columns/moviebob/7489-Old-Nightmares

Thought they’d wait for AFTER “Iron Man 2” for this, but here we are: Yahoo has the first still of Chris Hemsworth in costume as The Mighty Thor:
http://movies.yahoo.com/photos/movie-stills/gallery/2588/thor-stills#photo0
(there’s no copy-n-paste-able version yet)

The chief advantage that Marvel Films has over anyone else making superhero movies is that Marvel has been doing NOTHING BUT selling superheroes to people for almost SEVEN DECADES now, meaning that they know “what you need to get right” like the back of their hand. Q: “What does Iron Man need to look like?” A: “Red and yellow, with Gradnov’s mecha-design but retro-fitted to more-closely resemble the 70s/80s armor.” Bingo. Q: “What does Hulk NEED to have?” A: “Purple pants, the green eyes and sad walking away music from the TV Show and another monster to fight.”

Q: “What will tell fans that Thor is going to be THOR?” A: “Red cape, circular metal plates on the tunic, the beard from Simonson’s run, the plated-mail on the arms from Stracyzinski’s run.” Done. (betcha beard/no-beard is how they distinguish between Thor/Donald Blake, too.)

What’s cool is, Thor is the superhero for whom costume-accuracy matters LEAST – a Viking flying around in modern times hitting stuff with a magic hammer is going to look like Thor regardless of the details… so it’s really something that in this pic Chris Hemsworth basically looks like he’s wearing the world’s most expensive Comic-Con Cosplay. Well done.

(The following does not contain spoilers for Iron Man 2, but those being extra careful should probably skip it anyway.)

EDIT: It’s also come to my attention that inconsiderate people are spoiling in the comments, so think twice before you click THAT, too.

Apparently Marvel hasn’t been as johnny-on-the-spot at keeping the actual content of the “stay through the credits” tag of Iron Man 2 secret as opposed to the first one, and people should be aware that some sites are being less than diligent about spoiler warnings. (Though I’m also hearing that the movie-proper, which I’ve not seen yet, may actually have so much other-franchise-referencing in it’s actual plot that spoiler-proofing may be impossible – the words “feature-length Avengers trailer” have been used more than once.)

For the record, as of last night there were at least 2 pirated snaps of it floating around (I’m sure the whole thing is on the youtubes by now) one of which is (supposedly) innocuous i.e. “that could be anything” and one that gives it all away.

I saw the first one before clicking away RIGHT away last night, I reccomend you don’t go looking at all in case there’s something in there more obvious that I missed. For what it’s worth, what (I think) I saw could reasonably be one of about three things, at least two of which would be RIDICULOUSLY ballsy, game-changing stuff.

Are you excited? I’m excited.

Let’s do another one of these, why the hell not?

Stuff is happening right now in the production of Sony’s fast-tracked Spider-Man reboot. Why aren’t we hearing about it? Who knows, but it’s possibly because most studios with superhero movies in production are holding the usual minor leaks until they know how to frame it in the context of “Iron Man 2” (i.e. “do we tell them that Sinestro is next year’s Whiplash, or next year’s Whiplash-done-well?”)

So, we’re probably going to hear Spider-news sooner than later. My guess is that ONE of the earliest things “leaked” is some minor (or maybe not) element that’s being “rethought” from the previous films that will actually “fix” something fans didn’t like about Raimi’s version; the idea being to “buy” some positive buzz (“Cue Cullen” aka “And The Fandom Rejoiced” for you TV Tropers.)

So, what do we think it’ll be? What bone will Sony Pictures throw to fandom in hopes of distracting from how bad the rest of it will still sound?

B.) No raised webbing on the costume and/or web-netting under the arms.

C.) ONE supporting-actor retained from earlier series (like Simmons still being Jameson.)

E.) The villain is… THE LIZARD, since you never actually got him last round!

This week’s “Intermission” is titled “What’s The Problem With Hit-Girl?”:
http://www.escapistmagazine.com/articles/view/columns/moviebob/7464-Whats-the-Problem-With-Hit-Girl

Man, I sure hope so.

Look, it’s sad when anyone loses a job or takes a financial hit in this business, but you’ll forgive me if I’m not more than a little hopeful at the vauge prospect of “Platinum Dunes” – the Michael Bay affiliated production company specializing mostly in remakes of classic horror movies – having to scale things back. They’re output, which has so-far included the abysmal “Texas Chainsaw,” “Friday the 13th” and “Hitcher” remakes, has been even worse than you’d expect from an outfit built (literally) on the words “remake” and “Michael Bay.”

Bloody-Disgusting, which actually hosts PD’s “official” site, reports that one of the company’s top dogs, Brad Fuller, has tweeted that the presumed sequel to the “Friday” remake is “dead. Not happening”: http://www.bloody-disgusting.com/news/19920

All well and good, since the movie was terrible, but color me shocked: It was a good-sized hit, and historically Jason movies have been among the top “what it makes vs what it costs” moneymakers in modern genre film. This is the sort of thing that could’ve been a cash-cow, providing funding for whatever else they wanted to do. This particular news, coming literally a week before PD’s “Nightmare on Elm Street” remake is supposed to hit, doesn’t exactly make it look like they’re flush with confidence about the future of their brand.

Whatever. If it means they have to scrap their proposed in-name-only “Monster Squad” remake, good riddance to `em. 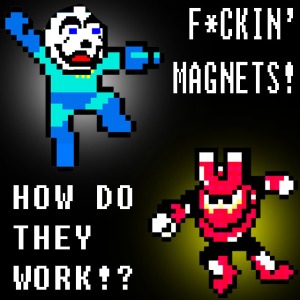 Surprising absolutely nobody, the “stay through the credits” signal has gone up on “Iron Man 2,” something of a foregone conclusion but nice heads-up. With that in mind, let’s have some fun with guestimate-polling: When Nick Fury (or whoever) pulls back the curtain, opens then manilla folder, whatever… what’s gonna be in there? For laffs, pick two: The one you THINK you’ll see, and the one you WANT to see…

D.) Musclebound Norwegian with a hammer, dressed for a Renaissance Faire.

Yes, I know… I know… the bald-faced misogyny should be pissing me off… but c’mon, you know it’s funny in a “good “Married With Children” sorta way 😉

“Intermission” is all about superhero movies you may not remember existing: http://www.escapistmagazine.com/articles/view/columns/moviebob/7434-Forgotten-Heroes-Who-Kicked-Ass