Those of you who have cause to know me outside the managed confines of my writing here and scripted shows on various sites and YouTube may have heard me making reference over the past year to a “potential upcoming project” I couldn’t talk about but was very hopeful for. Well, now I can talk about it: The Escapist – the video-games etc website where I think the bulk of my early mass-exposure to a wide audience came from and where I believe a lot of my longtime readers/viewers/followers/fans first came aboard – is staging a comeback and I’ve signed on (and have in fact been tentatively “onboard” for quite awhile now, hence all the hush-hush) to revive some of my “classic” material (to be determined – stay tuned!) as part of the initial relaunch. END_OF_DOCUMENT_TOKEN_TO_BE_REPLACED

UPDATE: A complimentary video version of this post – expanded with thoughts relating the Disney/Fox merger – is now available on YouTube. For the record: Portions of this piece were adapted from previous posts to my social media feeds, and is here published direct to The MovieBob Central Blog with no additional editorial oversight, corporate backing or direct sponsorship-input. If you would like to see more longform written pieces of this type published here, please consider supporting The MovieBob Patreon. 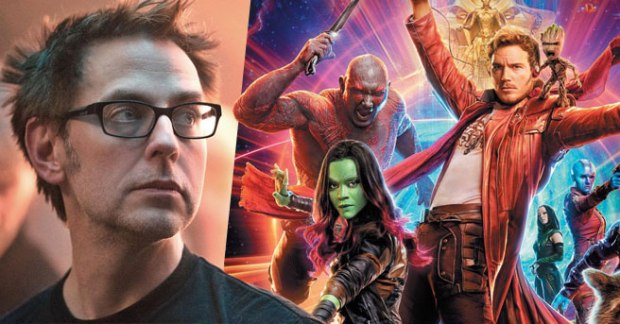 As the entire world knows by now, Disney fired James Gunn – writer/director (with original screenplay co-credit to Nicole Pearlman, whose original draft of the material Gunn largely rewrote but was responsible for elements such as the revised composition of the team itself) of the GUARDIANS OF THE GALAXY films and (until now) said to be the key driving force of the future of the “cosmic” Marvel Cinematic Universe – after a renewed wave of outrage was amassed on Twitter over many years-old Tweets (some from almost a decade ago and all prior to his employment with Disney) and forum posts where the filmmaker made “edgy” joking references to pedophilia, rape and other offensive subject matter. While he made a public apology immediately, soon after Disney bowed to what had seemed like a groundswell of genuine widespread anger and removed him from both the already-scheduled third GUARDIANS film and the company overall.

However, the situation “on the ground” was significantly more complicated – and even faster-moving: The bulk of the material (which were indeed gross and unfunny in the familiar manner of early-2000s SOUTH PARK-inspired shock-value internet troll humor) had in fact already been the subject of concern and “called out” before in 2012, shortly after Gunn (at the time better known for dark horror-comedy fare featuring a similar “edgy teenager” sense of humor like TROMEOI & JULIET, SUPER and SLITHER) was initially hired by Disney in what many considered a surprise move for the first GUARDIANS. After issuing a heartfelt apology at the time, he’d go on in the intervening years to express further regret, compare his own transition away from the “need” to express himself/seek attention through such humor to the redemption-arcs of the broken/misunderstood/criminal GUARDIANS characters; and indeed his public profile (at least in terms of social media) flipped entirely to one of boosting his friends and colleagues, supporting political-activist causes like the #MeToo movement and heavily criticizing White Nationalism and the policies of the Trump Administration END_OF_DOCUMENT_TOKEN_TO_BE_REPLACED

Note I: Distinctly possible this will end up incorporated into an IBWT video piece (UPDATE: Yes it has!!!) in the near-future, but packed-weeks being what they are wanted to get the text up just in case.
Note II: Given that this is an overview of a comedy special, it includes the discussion of both jokes and punchlines. If you’ve yet to watch NANETTE and feel inclined to, consider that your Spoiler-Warning. 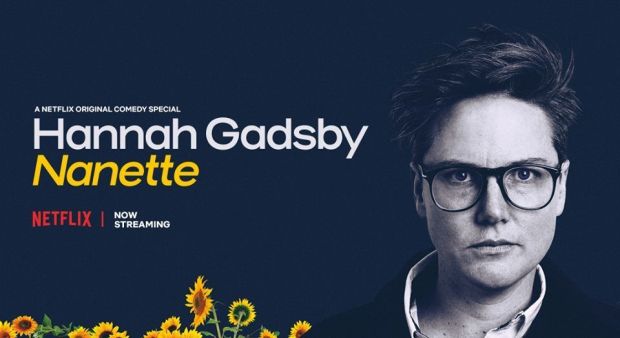 You may think I’m being hyperbolic but the reaction really has been that extreme, with the special and Gadsby herself alternately celebrated and attacked in equal measure with language that suggests nothing so much as the “Social Justice Left” having finally found it’s own answer to the late Sam Kinison. So imagine my relative surprise – coming, it must be said, from my own position of relative privilege and general unfamiliarity with Gadsby’s previous work – in sitting down to watch the thing and discovering that this supposed cluster-bomb of stand-up comedy antimatter was something so “normal” and approachable… that is, of course, until it no longer wants to be, i.e. when Gadsby tips her hand as to the true nature of her set – but then that’s the the whole point. END_OF_DOCUMENT_TOKEN_TO_BE_REPLACED

Full alternate text-review available on Geek.com
Also: check out my new piece on ScreenRant expanding on The First Purge as “the first real anti-Trump action movie.”