If you ever needed a reason as to WHY the Channel Awesome/That Guy With The Glasses collective are pretty-much THE force in the criticism-as-entertainment video genre… I’d say that this is the best example to date: a good chunk of the crew (primarily The Nostalgia Critic, Nostalgia Chick and a guest-appearing Brentalfloss, but Linkara, Spoony etc. get in some amusing cameos) dive into a nearly 45-minute breakdown of “Moulin Rouge” in musical format. Amusingly, the film itself is uniquely well-suited to being intercut with the TGWTG “house-style;” aka “mugging-the-shit-out-of-the-camera.”

I’m embedding it below, but I really encourage people to visit the site – a really amazing amount of content from a refreshingly-diverse group of voices.

I know that reactions to TGWTG run hot-or-cold at this point, especially as they’ve become more ubiquitous. Depending on who you ask, they’re either geek-culture revolutionaries or the worst thing that EVER happened to internet criticism; as they’re seen as popularizing the move away from youtube-slideshow to character/skit-driven as the dominant style of the genre.

For the most part, I’m the mostly-affirmative camp. Having guys like these (along with the gang at ScrewAttack and the omnipresent juggernaut of James “AVGN” Rolfe) towering over this medium has been a consistent and welcome kick-in-the-ass reminder for me to step up my game and try newer/better/different things with my various projects.

Also, it must be said, I think the sheer diversity of voices and perspectives – that it’s NOT “only” a site of the usual GenX Suburbanite White Male Nerds – they’ve assembled is an enormous good for web/geek culture overall. That they have so many female reviewers, for example, is a big net-positive; and while Lewis Lovhaug’s (Linkara’s) work-ethic and natural talent are what’s made him a star (I really do think he’s the best thing to happen to comic book journalism/criticism in a decade or more, not that there’s much competition…) it’s the uniqueness and sincerity of his cultural-outlook that makes his stuff so frequently refreshing. 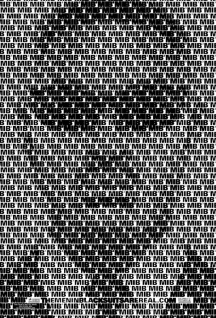 Hat-tip: BAD
I’m too lazy to check, but I’m sure it’s a given that someone else has made this joke by now… none the less, it behooves me to point out that it’s kind of wonderfully appropriate that the teaser poster for “Men In Black 3” is built to look like one of those old “Magic Eye” posters: The last time anyone gave two shits about “Men In Black;” Magic Eye was NEW…
There’s a second version of the poster featuring Josh Brolin, who’s playing the circa-1960s version of Tommy Lee Jones’ character from the last one. The plot was supposed to involve time-travel and the origins of the MIB organization; but apparently it’s been extensively rewritten (leading to a scandalously-overblown budget, or so goes the gossip) so at this point who knows/cares?
November 29, 20118 Comments

CRACKED – which morphed from a middling MAD Magazine clone to a shockingly-awesome The Onion clone – has a blogger advancing a new “what will happen to Batman” theory that, unlike most other versions of the same idea, makes a surprising amount of sense. No spoilers (yet) but the main “big” point is what I’d call my favorite guess yet made as to what the point of Joseph Gordon Levitt’s role will be.

Ken Russell has died. Though he’d slipped somewhat from public consciousness outside of his native England, Russell was the director of a string of popular and/or noteworthy films throughout the 70s, 80s and 90s. Any film buff worth his salt ought to have seen “The Devils,” “Women in Love” and “Altered States” by now; though he was probably best known for “The Who’s ‘Tommy” and a slew of increasingly-offbeat biopics of classical composers.

Below, a scene from “Lair of The White Worm” – for my money still the height of Hugh Grant’s onscreen moments:

UK readers: Did any news outlets opt to use that clip for effect back when Grant was the big hero of the hacking scandal? Or do you guys not “do” the ironic-movie-clip-as-part-of-the-news thing?

Apologies for not putting this up sooner. Busy day for me, and I wasn’t even shopping.

http://cdn2.themis-media.com/media/global/movies/player/flowplayer.commercial-3.2.7.swf
The Escapist : Escape to the Movies : The Muppets
November 22, 201120 Comments

This is about the PETA Mario spoof. I advise the weak-of-stomach to proceed with caution.

I’m feeling like this will be the last “super-serious” episode for a little while, because the research I had to do was pretty ghastly stuff and I just don’t need the extra stress for the holidays. Lots of people celebrate New Years Eve/Day; but *I* celebrate January 2nd – the day the world gets back to normal.

EMPIRE had a much-hyped set-visit story about “The Dark Knight Rises” recently, much to the delight of all those who can’t get enough non-news about next year’s all-but-garaunteed-to-not-live-up-to-your-expectations blockbuster. But what was actually revealed? Well… nothing, really; save that Bane still looks about as crummy in the “official” images as he has in the random on-location snaps.

The only thing close to new information is that the film is apparently set 8 years after the end of “Dark Knight;” which is… interesting, I suppose?

A lot of fans are reading the time-jump as a “clue” that the film will ultimately be some form of adaptation of either “The Dark Knight Returns” (i.e. old Batman un-retiring) or “Knightfall” (i.e. Batman coming back from Bane-induced injuries); mostly because for a lot of fans everything is a clue pointing to an adaptation of those stories. More likely, it’s a way for Nolan to do what he’s always said he was going to do – put a definitive END on “his” Batman story – without having dissapointed fans point out how brief this particular Batman’s career was. It also, maybe, gives Warner Bros. room to say that the innevitable new-actor-reboot is actually happening during the “missing” 8 years.

Also “revealed” in the article is the possibility that Bane is actually “powered” by inhaled-gas painkillers instead of muscle-growth chemicals, which will come as a shocking dissapointment to anyone who actually expected Christopher Nolan to include a Hulk-sized monster-man in his movie.

The great folks at LoadingReadyRun have begun their yearly “Child’s Play” charity drive, wherein they play Desert Bus – one of the worst games ever made – for your amusement. You can watch the live feed and donate HERE.

I’m scheduled to call in and shoot the breeze with them LIVE at 11am PST (2pm EST) on Monday the 21st, so tune in for that as well. 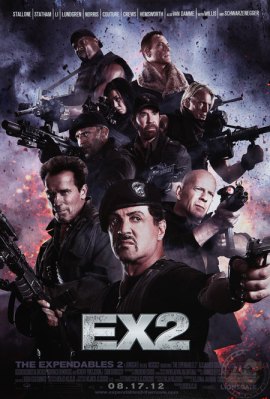