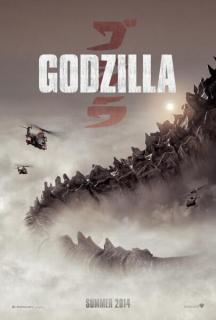 Okay, I’m starting to get excited. Not TOO excited, mainly because the director is still Gareth Edwards and I really, really, really, REALLY HATED his previous giant-monster movie.

If I can just throw one tiny, futile sliver of advice/request to the filmmakers (or, rather the marketers) on this one: Just fucking show him already. We already did this “show the tail, show the foot, oooooh what does he look like??” thing on the previous movie, and look how that turned out. Besides, the whole point of doing “Godzilla” is that Godzilla is an ICON. Everyone knows what Godzilla looks like – even people who’ve never actually watched a Godzilla movie. The “hype” shouldn’t be about “what does he look like??”, it should be about how good you made him look.

Film is due out just under a year from now, apparently some kind of bigger reveal is due at some point during SDCC.